Marcel P. Black is a #RisingStar in April 2015's Music Edition of 225 Magazine 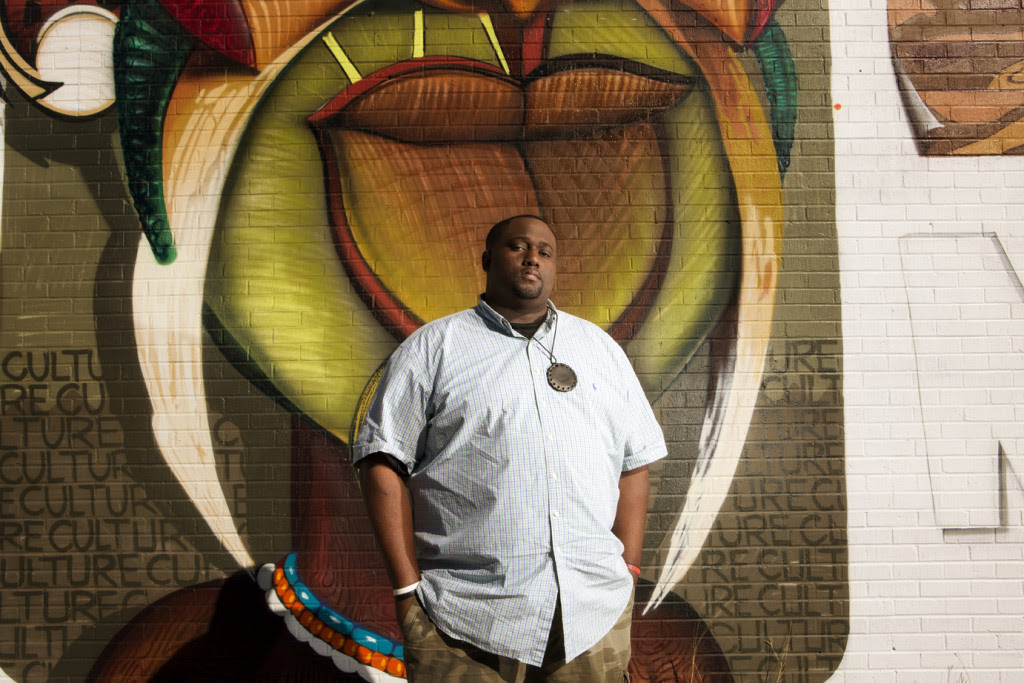 A spitfire lyricist who treads on an ardent love for history and a desire for social justice, Marcel P. Black dropped his first solo EP just three days before his first child was born.
Now, nearly five years later, the married dad of two has not slowed down.
“Fatherhood affects everything,” Black says. “It makes me take a lot more things seriously.”
Black has released five EPs and two full-length records since 2010.
Recorded a year ago and released last fall, Black Collar is his most personal collection of songs to date. It’s a real statement record about where he is in his life as a 31-year-old who wants to influence young people drowned in the sounds and often-negative messages of modern hip-hop.
Black says he approached the album as a grown man. “It was real work,” he says. The acclaimed indie was celebrated recently with a raucous performance at Lagniappe Records.
The rap artist grew up in small-town Oklahoma, the son of a social worker and a gospel singer. “It was either the Jackson Five or church music in the house,” he says.
His father was something of a regional success story, booking his own shows and independently releasing his CDs. Black manned the merch table as a child.
“Dad was similar to how I am now; doing everything himself,” Black recalls. “I approach my music as a ministry, too. It’s not squeaky-clean, but I don’t say anything I can’t live with.”
Southern University brought Black to Baton Rouge 13 years ago. After graduating and working with the youth of the city through the Big Buddy program, he says he’s never thought about leaving. He wants his music to inspire the next generation toward education and responsibility.
“Talking to these kids, they don’t really know,” Black says. “They hear these rap lyrics on the radio and don’t realize how it affects them. I mean, are you really going to call a young lady that word?”
The artist says his concept of “black collar”—which struck him one day while typing out a mini-manifesto about empowerment on his cell phone—is not about race, though it does speak to the black experience. He wants the title and the album to connect with anyone in a struggle.
“I don’t try to make hit records,” he says. “I try to make the best pop music I can that gets my point across.”

Where to get Marcel P. Black’s music

Black Collar and his other records are on sale at Lagniappe Records, Atomic Pop Shop and Capitol City Records.

Where to see him perform

Click here to go to article.
Posted by Marcel P. Black at 10:55 PM No comments: