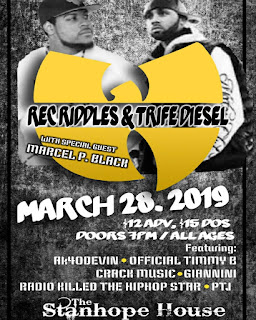 FROM BUSHWICK TO NEW JERUSALEM

So after the show at the Delancey, I had to use all my conflict resolution skills to deescalate a situation. It got so wild that NYPD pulled up, and I was scared shitless. I'm not gonna say who it was, or what it was about, but it got intense. Finally, the homie Johnny Bravo takes me back to Brooklyn so I wouldn't have to call a $50 Uber from the L.E.S., and I wasn't about to be food on the train with lots of cash and merchandise from the show. He drops me off about 2 am, and heads back to Jersey where his hotel is.

The next day we all have a show in Stanhope, New Jersey, one in which Rec Riddles is headlining, along with Wu Tang Clan affiliate Trife Diesel. I'm the special guest. Rec now lives in St. Louis, Missouri, but he's from Newark, New Jersey and has a dedicated following in his home state. And them Wu Tang niggas got fans all across the globe in every nook & cranny, so I knew it was gonna be lit.

Johnny Bravo picks me up in Brooklyn, telling me it took him two hours to get there from his hotel in Jersey. My country ass mind couldn't fathom it taking two hours to drive 30 miles. Until it took us 2.25 hours to drive 31 miles!!! Mane, NYC traffic is nerve racking af!!! If I lived there I'm def riding public tranfportation all day!!! Them niggas can't drive for shit, the traffic is atrocius, the streets are wild small, mf's be ready to fight at every stop light, hell naw mane. Not I said MPB lol.

We finally get to Jersey, and after a few failed attempts to eat, we get a couple slices, and head to Rec's parents house in Maplewood, New Jersery. Shoot the shit with his brothers for a few, then head to check into our hotel by the Neward airport. Change clothes, head out on about an hour trip to Stanhope, New Jersery for our show at the Stanhope House. 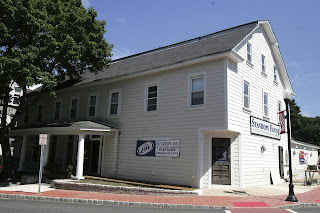 That bih legit look like a house. Like somebody took a big ass house and turned it into a concert venue/bar/restaraunt. And it's out in the middle of the country, so it caters to touring artists like us. It's not alot goin on in Stanhope, so whenever artists pull up, they pull up. We get to the venue, and the parking lot is full. We see women dressed in full club attire walking in.

Before we get our merch out, they escort us to our green room on the second floor, above the stage. We have our own code to get in that bih and everything. The room has 3 comfy couches and autographed posters from music legends from all genres on the wall. We can hear the show has started, and it sounds live af. Finally, we get our bags and go into the venue to get our merch tables set up. After we set up, they come with menu's and tell us to order what we want. I had a fire chicken quesadilla and fries, and some of the coldest ice water you can imagine. Rec & Trife's name is on the marquee, and I'm being treated as a star. This is what it's all about. 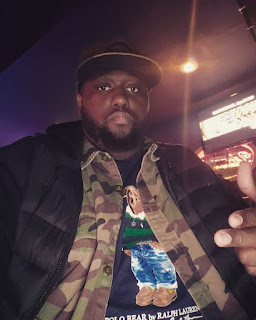 I forgot to mention, when I came out the hotel I had on my Lo Camo button down, Lo camo denim jeans, a Lo bear shirt, and a Lo jacket that looks like a bubble vest. I had a camo Cincinatti Reds hat on, with the Nike AF1 High's. Bravo & Rec told me there was a chance Trife wasn't gonna make it, but I looked like a Wu Tang guy the way I was dressed, and that I would fit in perfectly lol. I literally just used the Wu Tang name generator, and my Wu Tang name is "Panther Proud."

That ain't got shit to do with with this, but I just felt that I should mention.

As we're setting up, I hear mad over vocals rap over a clear ass sound system. Once again, my not quite yet healed heart is broken again because I'm on the east coast and mf's are rapping over vocals. 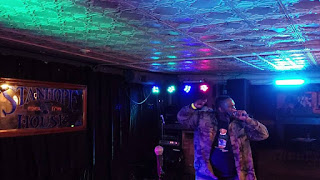 So after alot of New Jersery over vocals rap, it's my turn, in front of a much dwindled down crowd. For context, the locals sold tickets to open for Rec & Trife. When we got there, there was a solid crowd of about I'd say 100-125 people. But the thing is, alot of time when artists sell tickets, they leave early after their set, and they take their fans with them. Though the show was running on time, by the time it was time for my set, that 125, looked like 40 or 50. I'm an underground rapper, I get it, this is what we deal with. Only niggas who ain't never rapped out of town away from they friends think that every night is a packed house of thousands. Sadly this happens alot, and it's something us indie guys deal with and learn to make the best out of it.

There's no host, so I gotta bring them in the old fashion way. I kick my "daddy sang gospel" acapella, and they wasn't ready for my big loud country ass, but they where there for it. Started the set with "Bad Man," and the crowd was into it. Next "Black God Fresh," and they liked the "Southern Conscious Biggie Smalls" line alot. I get into the "boom bap portion" of the set with "Principles & Standards" first, and they love it. It is here I debut my "REAL EMCEES DON'T RAP OVER VOCALS" call and response chant, and they laugh at first, but quickly get with the program. Even some of the rappers who rapped over vocals said the chant.

Panther Proud has that effect on people.

I run "Henry Clay," and I hear a guy say, "man he does it all." I'm one of the few emcees I know who can switch from boom bap to dirty south to trap to country rap tunes to progressive ass Hip-Hop with out it sounding out of place. I embrace that, it's what makes me special as an emcee and a live performer. They fuck with the KRS one sample and do all the chants/call & reponse they're supposed to do.

Then comes "Hallelujah." It was a mostly white crowd, out in the country, and you can tell. I don't know what they call Northern Rednecks, but some of these people didn't look they were above voting for Trump, or calling me a nigger. Then, they be voting for Governer Christie's fat ass, so doing this song is a risk of having to fight someone.

But I'm with that.

And mane did they cut up. I can honestly say, I've only had 1 problem with the "Fuck Donald Trump" call & response hook, and ironically it was some niggas in Mobile who was scared to say in front of white folks. While the white folks said it.

No cap, I kinda got tired on the last verse of "Hallelujah," not because I'm outta shape, more because I'd been on the constant go since I'd been up top, not properly resting. I power through the song however, and caught my second wind on "#FreeBLKPPL," and took them all the way to church on "Stare & Whisper." I love being super Southern/country/gospel outside the south. Those crowds really appreciate my story and my approach. I worked really hard in front of thinned out crowd, but I feel I had the best set of the night, and it showed at the merch table. 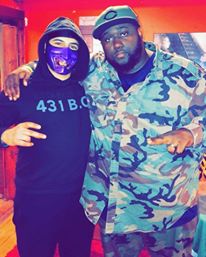 After my set, I had a lot of people come to my merch table to shop, take pics, network. One of the guys is a young brother from Jersey who told me to call him "Prince." Buddy already sent me a song for a feature, it's up. I did really well at the merch table, after the crowd dispersed, I had a really good convo with the head of security who was like 6'8, 245 lbs, from Denmark. He look like if Liam Neeson's "Taken" character was a WWF wrestler in the 90's. He was cool af, anti-Trump, and surprisingly well versed in Hip-Hop and Black culture. He hands that were so big and strong he could prolly pick up Thors hammer. I'm cappin, but you get it.

Rec is up now, but I'm outside with the newly converted fans, so I miss his whole set.

Nights over, we pump fake like we finna go to the strip club, but we don't. We break our merch down, and return to the green room to breaketh the breadeth. Oh yeah Trife couldn't make it, the pot went from being split 4 ways to 3.

The bag was nice, much more than I expected. I did my shit, and I was happy af. Huge s/o to Rec & Bravo for making my east coast dreams come true. It was a stone cold groove, and I look forward to working with ya'll often in the future!!! 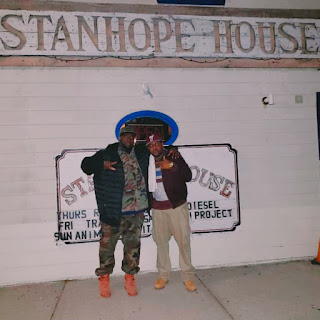 PANTHER PROUD AND REC RIDDLES IN FRONT OF THE STANHOPE HOUSE

Crowd: 4/5. Bodied. Only taking a point off because mad ppl left with the other over vocals rap artists. But the ones who stayed showed crazy love.