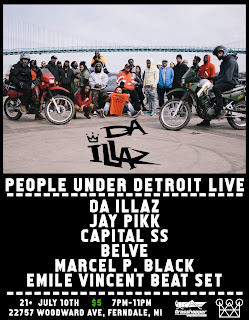 This show is show #1 of the "Real Emcees Dont Rap Over Vocals Campaign," (Sponsored by Backseat Productions & Family Friendly Foods) during the first ever "International Stop Rapping Over Vocals Month." I just made all that up and ran with it. If you've been following the blog, you know I linked up with Clear Soul Forces and their management in the Bay back in February. We've been thuggin' eversince. So when I got a Milwaukee date for July, I wanted to make a run out of it. I first got Chicago booked, then Indiana, I was like fuck it, lemme holla at my Detroit guys.

Chris, (the manager for CSF) had problems finding a venue in Detroit proper, so he reached out to L.A.Z., who is a memebr of CSF and a separate group Da Illaz along with a DJ we share, Illadope. It just so happens that Da Illaz just dropped "People Under Detroit," a project where L.A.Z. and all Detroit emcees rapped over People Under The Stairs tracks, curated by Illadope. Da Illaz were looking to do a release party, and it just so happened L.A.Z. had the plug on a spot in the Detroit suburb of Ferndale. They threw me on as a co-headliner, and it's lit.

I love it when I plan comes together. 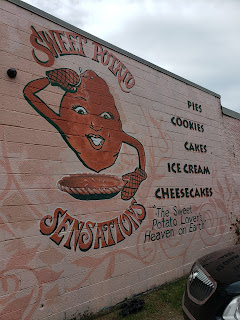 FULL OF THEM YAMS 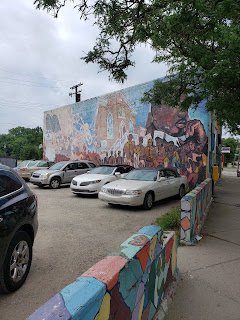 Chris picks me up from the airport and we head into Detroit to L.A.Z. & CSF group member Emile's crib. We chop it for a bit then head to get some food, as I def caught a red eye to Detroit and I'm starving. We finally decide on a spot called Sweet Potato Sensations, a Black owned resturaunt in the heard of the Motor City that with a menu with dishes made with sweet potatoes. Like a mane, I'm not even a sweet potato fan like that, but bruh, this bih was hittin'!!! The spot was located in on Lasher Road, a Black ass district with lots of pride, community, & culture. As we walked up and down the street, I realized it was kinda "chilly" for a summer day. It was 88 degrees with no humidity, and a beautiful breeze. Something I know nothing about living in Louisiana lol.

After we ate we went back to the crib to chill, and I took a CRUCIAL ass nap. I mean I caught that bih fareal fareal. I mean snoring loud drooling sleep. I needed it. 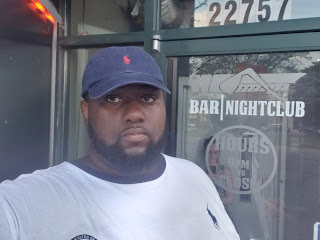 We pull pup to the venue for soundcheck/load in, and it's a really nice venue. There's a bar upstairs, and a dope stage area downstairs. I set up my merch table, and now I'm hungry again. 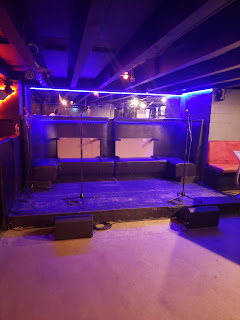 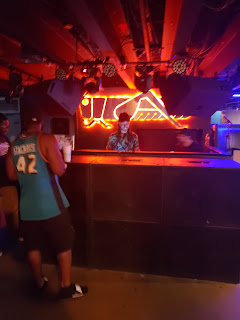 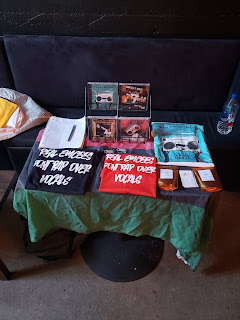 I walk around the corner in search of some food, and fall off in a Hip-Hop sandwhich shop call "M.C. Whiches," and mane was that bih rollin'. I had the Biggie Smalls BBQ Chicken and Cheddar and it was "Juicy..." 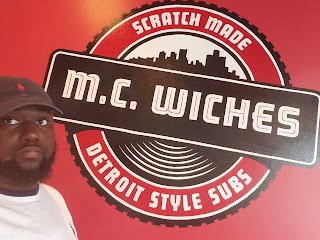 L.AZ. asks me do I wanna go before or after them I chose to go before. The venue has a nice crowd and all the rappers who went before me were nice, and known locally. NOONE in the crowd besides the CSF guys knew who I was, and I knew I had to come show & prove in Detroit. Detroit don't fake the funk, they real niggas who will tell you if yo shit wack or not. But see, I survived Baton Rouge's Jigg era doing underground conscious raps. Plus I'd been training for nights like this. I've lost a good 20 lbs since the guys seen me last in California. These guys are at the level I want to be nationally. I refuse to come their hometown and be trash. I'm here for blood. 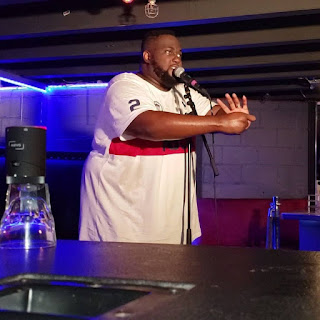 L.A.Z. brings me up with no intro. Just says I'm from Baton Rouge. And the crowd is like, "Oh aight." As soon as they heard my loud country ass voice say, "My daddy sang gospel, but I chose to be a rapper...," They was like "Oh damn." I had them curious early. This is how I benefit from being a southerner who is country af, but still being super Hip-Hop. I shatter all misconceptions of what a southern artists sounds like. I'm dripped in 3 pieces of 'Lo, I shatter all stereotypes of what a conscious rapper looks like. I go into "Bad Man," and as soon as the beat knocks I see em movin a li'l bit. To I make sure I have a their attention, I use all my charm to transition into "Black God Fresh," which went surprisingly well. All night I'd been hearing some Midwest ass boom bap, but my country rap tunes are working. Once again, I benefit from being different. 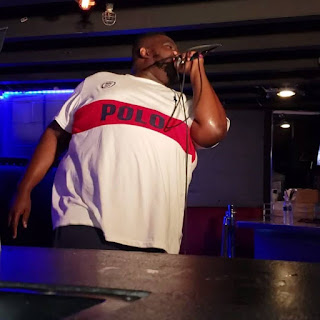 Now we're into the boom bap portion of the night, and they're once again caught off guard. Hearing the shit talking and country rap tunes songs first, I don't think they were thinking I'm coming with the backpack shit. All of the call & responses have went well all night, which also worked for me because I was the only person really doing them. I've noticed us southerners are bigger on call & response than other emcees around the country. I think it's the church culture that bleeds in our music? I need to ask around. Anyways, "Principles & Standards" goes over well, as does "Henry Clay." 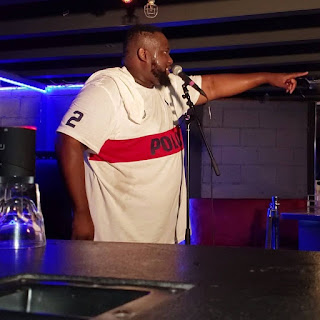 Now for the political rap portion of the night, I ask them do they fuck with Trump, and I hear all types of "fuck that nigga Trump," "Hell naw," and "Fuck no!!!" Nigga, it's finna be lit. I ask them what's the area code, and even though the venue was technically 248, they was like, "Nigga this the 313!!!"

"Hallelujah" goes up!!!! I'm in my bag at this point, firing on all cylinders. When the beat to "FreeBLKPPL" dropped, I see mad niggas faces scrunch up like "uggghhhh that's nasty." I run through that with ease, then transition into "Stare & Whisper." I tell them to close their eyes and imagine being in a small church with wooden floors, AC, wayyyy out in the country, deep in the south.

Then I take them there with me. I gave them alllll of my ancestors soul, and I really feel like I connected with them, being that most of them are decendents of people who left the south during the Great Migration. We had a moment.

I finish feeling great, go to my merch table, and though I got mad daps, NIGGAS WAS NOT SHOPPING lol. Black people, please buy merch. Please. Da Illaz closed out the night, and my personal highlight was the performance of the title track, which featured Sumthin Cirious, L.A.Z.'s mother.

After the show, Emile took me the Coney wit it, and I ate terrible. To the point it gave me the gotdamn gout the next morning. More on that in the next one.

Crowd: 4.5/5: We shared a moment. After the show I gotta lot of love. A lot of people told me they had know idea who I was and were all pleasantly surprised.

Merch: 2.5/5: I'm only rating so low because the sales ain't match how well a set I had or the amount of love I was shown.