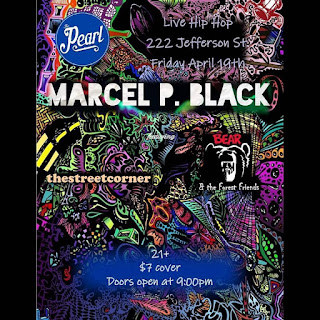 BACK TO THE FLATS

If you know me, you know I've had a bone to pick with Lafayette for bout 6 months, every since my show got cancelled the day of due to my content. That's right. At 4:30pm the day of the show, the promoter called me and said that the show would be cancelled because the city recently passed an ordinance that said that couldn't be no "vulgar political language at open air venues." I've never heard of this ordinance nor have any other Lafeyette locals. I'm not sure what to believe. Apart of me thinks they racist and ain't wanna nigga saying "Fuck Donald Trump" in they building.

The same day I went on a Facebook rant on my live, and one of the owners got at me following day saying he would call me to apologize and explain what happened, maybe even book me again. Well none of that shit happened, AND I didn't get my bread.

Lafayette was one of the first out of town scenes I made a name in in the beginning of my performance career. I would be out there so much getting so much love they started calling me Marcel P. Flats. As my name grew, the people who booked me stop doing shows, the new kids didn't know me, so I went from doing Laffy 10 times a year to going years with out playing there at all. So when I go the call from the promoter to actually do a show 45 mins from my crib (something that never happens), I was super happy. When it got cancelled I had a super duper sour taste in my mouth about the entire scene out there. I leave and rhyme all over the country and get paid well to do it, but South Louisiana don't fuck with me like that, and I'll never understand why.

Anyhow, one day my guy Myron aka Lucid Dreams of thestreetcorner hit me talking about something else, and the convo evolved into him bringing me to Laffy to headline a show. He made an offer, I made a counter offer, I accepted. It's lit. 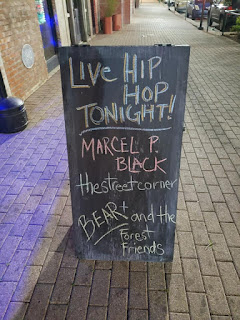 Mane, the venue was one of the nicest venues I've played in years, period. They were super hospitable treating me like a celebrity the whole night. I had a crazy green room with waters and towels ready for me. The waitress popped me off wit the wifi code promptly. The venue staff even helped me and Keith Cooper of Blerd-Ish set up our merch tables. I NEVER get this type of treatment in Louisiana, in fact it's arguably the best I've ever been handled. Like I was legit legit treated like a headliner, and at first I was kinda nervous, and even intimidated. If they think I'm this dope, am I this dope? Can I live up to what they think I am?

Then I thought to myself, "Nigga, you train for this everyday. You will be ok. Nigga." 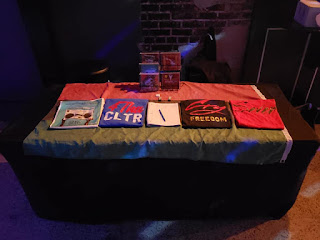 thestreetcorner are about 10 yrs younger than me, and the venue is downtown Lafayette on a Friday. Mf's is talking about the first act going on at 10:30pm. Mind you it's only 3 acts the whole night, why TF are we starting so late? But hey, it is what it is. I go to the green room and chill after the merch table is decent and in order, charge my phone up, zone out. 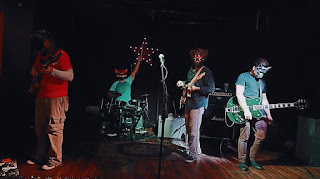 The first act up is Bear and His Forest Friends. Hands down the most interesting rap act I've ever seen. A 4 piece live band lead by Bear Gritty on lead guitar and vovals, with a Crow and Raven on the guitars, and a Fox on the drums. You know how I rap about what it's like about being a Black man in America tryinna educate and empower people, well bear raps and sings about the same thing. Except it's speaking from the vantage point of being a Bear in the forest tryinna make the woods better.

The Crowd is slowly picking up, I go back to the green room to get some water. 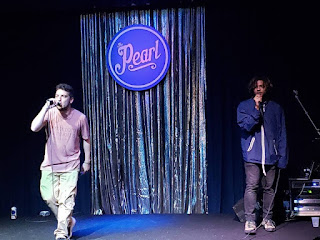 Next up is thestreetcorner, a Black and white Hip-Hop act based in Lafayette, who make Def Jux/Rhymesayers style rap. Super spitfire all over the beat lyrics, socially conscious content. Their shows are always interesting because they don't sound like anyone else I know in the Boot, and don't give a fuck about it. I'm glad they went before me, becaue they set the tone with their radical ass content, so I ain't gotta come outta nowhere with it. 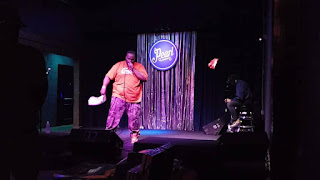 Ya'll know all I wear is Polo, but I had to bust out my Crenshaw beanie and tee for Nip. I start off with the acapella intro, it goes well, Then into "#CultureOverEverything," which thestreetcorner appreciate because they are Fade The Flow Sundays Alumni. Full disclosure, I had a few fumbles with the song, so when Principles and Standards" came on I had to be flawless. And it was.

Next was "Henry Clay," and this was where I really started cooking. The most of the crowd was younger, but I was surprised they got the BDP and NWA references. Before I got too militant, I had fun with "Black God Fresh," which went well with the younger crowd.

Now it's time for the "conterversial" song that got my show cancelled, "Hallelujah." I preface the song, explaining what happened last time, informing them that I was gonna do it this time. The crowd was with it. I think they musta already knew the history, because the venue staff was even saying "Fuck Donald Trump," and the crowd was mad loud with it. Either that, or they don't fuck with Donald Trump fareal fareal. 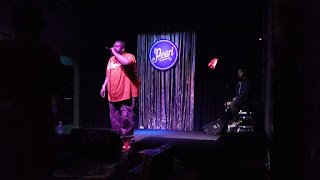 I got thru the song that got me canceled just 6 months ago, and I'm really happy bout it. Oh yeah, while the song was going on a drunk ass white girl comes from nohwere and starts repping her ass off, knocking over one of the Blerd-Ish book racks, and kept on reppin' like it never happened. After the song ended I told her to go pick that shit up and buy something. She did, no harm no foul lol.

"FreeBLKPPL" goes well, now I'm in full stride, bout to bring her home. I opt to end with "Stare & Whisper" for no other reason than the fact that I felt like it. The song is going very well, then the strangest thing happens; as I'm ending this song about using Black spirituality during war against these pigs in the streets, the drunk ass white girl and her homie drunk ass white girl #2 comes and starts grinding on each other on the floor. DAWG #1 was tootin' it up and throwin' that thang back on DAWG #2, literally while I'm saying a prayer to God to protect me in these streets doing his work via song. I ask for a handclap to the beat on the end of the song, and ended up giving her a handclap because she was backin' that azz up like Terius Gray was on stage.

Song ends, I go to the merch table and people really shopped with me. I'd be a liar to say that the venue was packed. But the people who were there were supposed to be there, and I made sure I gave them a damn good time. THIS is what it's all about. My beef with Laffy is now 100% done.

I lied, eff that venue who held they nuts on me.

*I normally don't do this, but the venue was so dope, I'ma drop some pictures of it. 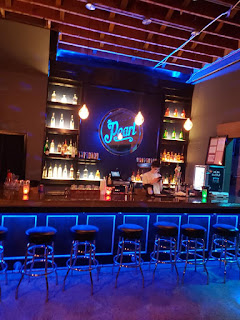 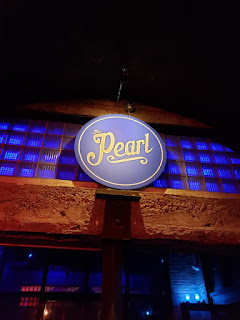 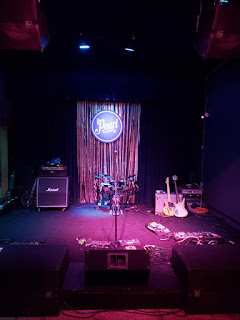 Venue: 5/5. A-1. Great sound, great staff, very welcoming. I WILL be coming back when my LP drops.

Crowd: 4.5. Live and receptive af. Only taking a half point off because I wish there were about 30 more people there.