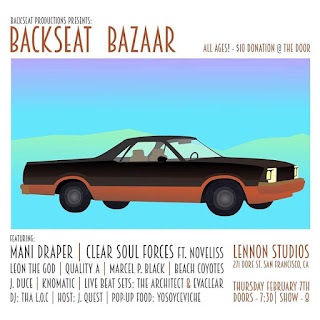 I pretty much got off the plane, ate, changed clothes, went straight to the venue, rapped, came home, and crashed. Not to mention, there was so much weed smoke everywhere, I was definitely jet lagged, and most likely high af off contact. I stayed in this dope crib with all the Louisiana guys on the trip at a very friendly and talented woman named Taylor a.k.a. Tolula's crib. The guys gave me the big room on the bottom level because I'm too wide for the couches, and plus it was kinda the non-smoker space in the house. 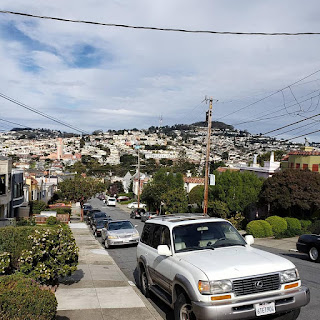 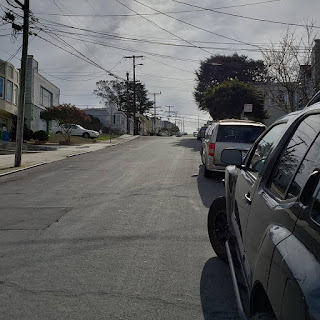 I wake up hungry af (prolly got the munchies from a contact high), and I asked the fellas what they were doing for food. All these guys are in the early twenties, and slim, so of course they say they gonna walk and find some food...

I'm in my mid 30's and 400 lbs. I'm not walkin' nowhere!!! And it's not even because I'm too lazy, because if ya'll have been following my weightloss/workout posts, you know my cardio game is crazy lit right now. I didn't wanna walk nowhere beacuse I was legit afraid of my fat ass falling and rolling down them steep as street hill thingys. IDK if you can tell by the picture, by them streets is steep af mane, and I'm from the flat part of the country. Fat niggas and steep ass hill streets don't mix, and I'm not gonna force the issue. So I ordered some Filipno food via Uber Eats (BBQ chicken skewers and pancit) and it was lit. I actually ordered a burger just in case my country ass palette didn't like what I ordered, but didn't need it because I was satisfied af. Threw that bih in the fridge, and took me a nap like a mf. 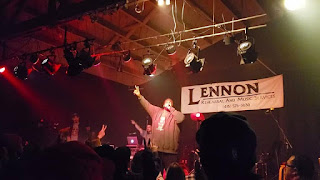 Brianna picks me up, to head to the venue early so we can chop it up about working together in the future. Really good conversation with a really great person. What people don't know about artists is that even with our egos, we're extremely self conscious. To build with a person who believes in your talent and appreciates your work ethic means so much, so I knew tonight was gonna be a dope night.

We pull up to Lennon Studios, which was a huge wharehouse type of building that has several rehearsal type spaces that can be rented, places where musicians that can buy anything you can think of, and stages. I meet the owner of the building, an older lady who opened up the studios originally for her songs because they had dreams of being musicians. She had an accent, may have been British, I couldn't tell.

We were some of the first people there, so I get the premium spot to set up merch. The room is about 300 capacity, and everythign about the night felt right. Doors open, and people pour in. Leon's crew set up next to me, and next to him Mani Draper, another dope emcee with a full band from the Bay Area. Clear Soul Forces come in and they set up across the way. We dap up, and get ready for the show. The doors open and room fills up immediately. We almost at the capacity, and the doors stays shut. Oh, and you can smoke all the weed you want in theis room. Hot boxin' like a mf. I eat some Peruvian food, Lomo Saltado to be exact, from the vendor in the room, and I was right right.

The show starts, and the energy is perfect. I realized that since weed is legal and the racial demographics are more than just Black folks, white folks, and light skinned niggas dealing with serious ass racial tension like it is in the south that I should hit em with a lighter set. I also noticed noone was really doing call & response, while as a southern emcee, especially perfomring in South Louisiana, if the crowd hands ain't in the air singing your hook with you, than you ain't give work. I'm like smack dab in the middle of the line up, the crowd is primed and ready, at capacity, it's time.

The host calls me up, I hit em with the "my daddy sang gospel" acapella. I need to name that verse and publish so I can get my performance royalties (*makes mental note). They liked it. Then I go into "BR7MC," which goes over well. I'd beenn laying low the whole night very quiet and lowkey. Plus we on the westcoast and all the music is laid back af because everyone is high. So now I transform in to this grizzly bear ass rapper wearing all Polo on stage, loud and country af, Black af, and the crowd seems taken aback, but they were there for it.

Next I go to "Live My Love," and the bass hits so hard the crowd had no choice but to move. I haven't done this song in 4 years, so I forget the last 5 bars of the verse, but kicked a freestyle and it worked. When I told Alfred I had to freestyle, he knows I'm not a freestyler and asked me how did I do it.

Me: The Lord led me.

What happens next is prolly my fav part of the whole night. I kick the second verse acapella and in mid verse I have a bar where I say "I'm seeing thru that smoke you blowing," and when this happens Brianna's boyfriend Chilly Will blows a big ass cloud of smoke at the exact same time at the front of the stage as I said it. Mid verse I stop and point it out, and everybody cracks up laughing.

At this point I have this epiphany, I'm really fucking good at what I do. I'm from Ardmore, Oklahoma, spent the majority of my adult life in Baton Rouge, Louisiana. Here I am in San Francisco, California, in front of 300 ppl rockin' tf out. I deserve to be here, and these ppl are treating me as such. I always feel like I have to prove myself everynight on stage, but at this moment, I felt like I belonged. 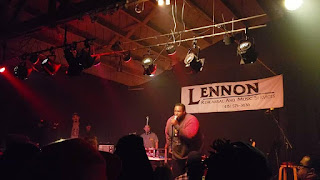 I fnished the verse, then go into "Black God Fresh." Issa bop. Now It's time for "Hallelujah," and I have a few mic stand issues. People in the Bay do NOT fuck with Trump. Then now it's time for "#FreeBLKPPL," and during the first verse, the mic stand comes off the base completely!!! I keep rapping and the crowd is rocking with me hardbody!!! Now I know I'm really supposed to be here, because though my set hasn't been flawless, the crowd was live af and was really into it the whole time.

This is where my #TrainingToBeTheBestRapper workouts coming in. I'm like 25 mins in on a super high energy set, and somewhere in there, I enhaled a huge cloud of weed smoke from this hot boxed ass room. My head is a li'l light, and my throat is burning, but my wind is still A-1, nowhere near close to being tired or in need of a second wind. I finally find a legit mic stand, and try to give them everything I could on "Cry Freedom," and we went to church. A church full of that loud, but church never the less. 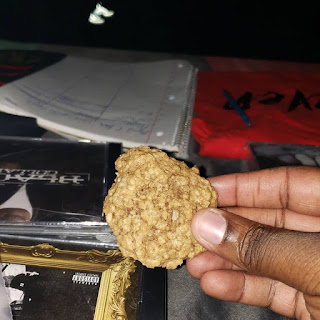 I get off the stage and I'm bombarded with daps and hugs, and good jobs. As I'm tryinna get to my table, and older white lady tells me she loved my set and she hands me ziplock bag of cookies. I ask her do they have weed in them she says no. I go to my table wondering is this white woman tryinna kill me because:

But I'm also a fat ass who loves cookies. I check the app on my phone to see if I have any points left to eat the cookies, and the answer is yes. Again, I've never smoked weed or did any other type of drugs in my life, and I'm really not tryinna start a habit at age 35, so I ask Brianna what does she think. Mind you, her mom gave everybody edibles the day before, and apparently this his how mom's rock out in the Bay.

She looks at me like, "mane bruh....," until I point out who gave them to me, and she assured me that she's just a nice lady comes to all her son's shows and hands out non weed cookies to artists she likes. I decide to eat one, and them hoes was delicious. The flavor was immaculate, and I felt great. At this point I didn't know if I was high from the all the contact in this hot box (which I prolly was), or were these really edibles, but NDC. I wasn't gonna pass no drug test either way. 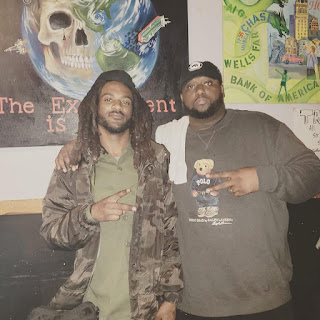 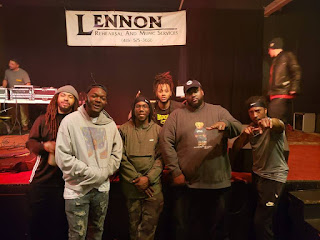 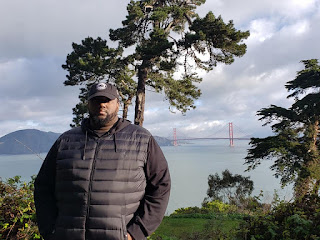 Venue: 5/5. No complaints at all, everything was dope.

Crowd: 5/5. They effed with me hard body from door to door. I had a blast.

Merch Sales: 3.5/5. Mane them niggas know they coulda shopped more lol. Ya'll not broke like we is in the south lol.